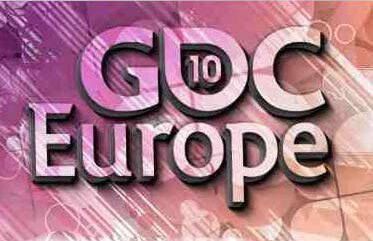 Three game titles, three visions on game design. During one of GDC’s morning talks on Tuesday called “The Tao of Level Design”, three senior designers shared their experience with the audience of leading players through virtual worlds while giving them a sense of freedom and wonder.

Elisabetta Silli (EA DICE) spoke about navigation issues in Mirror’s Edge, while Saku Lehtinen of Remedy Entertainment explained how his design created a certain atmosphere and excitement curve in the chilling title Alan Wake. Finally, Neil Alphonso of Splash Damage talked about how advancing objectives and spawning points in the upcoming first person shooter BRINK keep players always on top of the action.

Elisabetta Silli confessed that the creators of Mirror’s Edge realised too late that they needed to make clear to the player which buildings can be reached and which ones are just part of the background. Pretty important, since a huge part of the game is about running on rooftops and buildings. To fix this problem, the people at DICE moved the non-reachable buildings further into the background. However, due to time constraints, this solution could not be applied everywhere.

Furthermore, level designer Silli recounted how hard it was to accurately predict where players might try to go in a level. During testing, players constantly found ways to get to places they weren’t supposed to go. Closing areas by putting up fences proved to be a crude, but effective solution. The addition of a time trial mode offered players more freedom to explore the levels in their own way and try to find the fastest route to a certain goal. According to Silli, this added replay value and made sure players would see parts of the levels that they might not see otherwise.

Saku Lehtinen explained how the setting and premise of Alan Wake gave players the feeling of exploring a large area, even though only small parts of the map were available during each ‘episode’. To convey the vastness of the Northwest-Pacific coast landscape the game takes place in, the designers made sure to make future locations stand out in the background. Certain vista points in the game were created from which the player can actually see into the distance and look toward a ‘goal area’. Although the game was originally intended to contain a much more open ended world, this solution offered Remedy a way of dealing with linearity. An open environment would have made it more difficult to tell a coherent story, according to Lehtinen.

The Alan Wake-team also made sure to structure the levels around a certain amount of suspense. Each map section has its own suspense legend, signifying suspense areas, combat zones and ‘safe havens’ for the player.

Finally, the team behind BRINK wanted to put players in the action right from the start, but had to find a way to prevent the player from feeling bewildered and lost. Since the game is about two teams fighting each other on a map, the action can get quite intense.

At least in one level, players follow and defend an ‘escort vehicle’ that takes out enemies, but which also takes damage itself. Sometimes players need to clear a path for the vehicle and if it gets damaged too much, it needs repairing. This gives the team a sense of purpose and also guides them through the level.

The respawn points are stationary, but when the vehicle has moved a certain distance, the spawn points move along with it as well. This makes sure players don’t need to run through the entire level to catch up with the vehicle again when they respawn after getting killed.

Fun should be leading

All three games play very differently and it was interesting to hear how each team tried to balance gameplay, player expectations and fun in their level design. Bottom line was that fun should always be the leading factor and players shouldn’t ever feel lost.

A virtual trail of ‘breadcrumbs’ which is fun to follow is therefore recommended. If a certain design is smart and efficient but offers no enjoyment, you have basically failed.